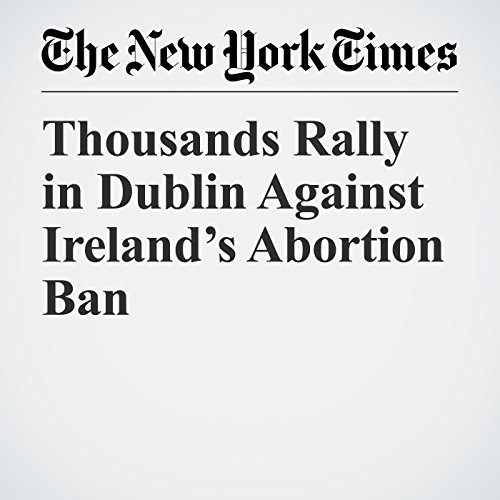 Thousands of people marched in Dublin on Saturday to demand an end to the country’s constitutional ban on abortion, one of the strictest such laws in the Western world.

"Thousands Rally in Dublin Against Ireland’s Abortion Ban" is from the September 30, 2017 World section of The New York Times. It was written by Megan Specia and narrated by Keith Sellon-Wright.