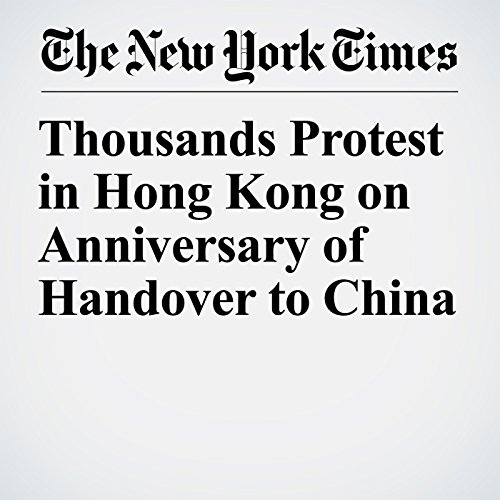 HONG KONG — Thousands of Hong Kong residents marched Sunday to observe the 21st anniversary of the territory’s return to China from Britain, a public demonstration of their dissatisfaction with the local government and their fears about the Chinese Communist Party’s growing influence in the territory.

"Thousands Protest in Hong Kong on Anniversary of Handover to China" is from the July 01, 2018 World section of The New York Times. It was written by Angie Chan and narrated by Kristi Burns.