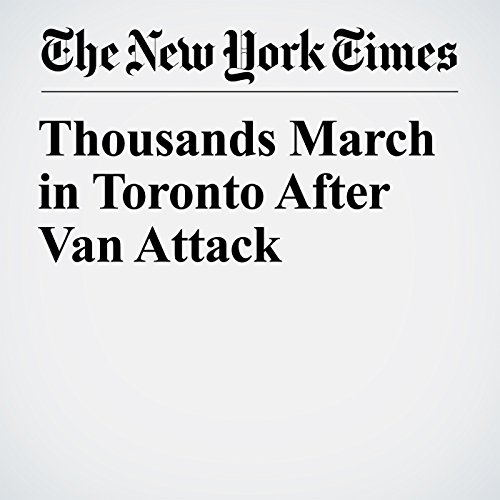 TORONTO — Thousands of Canadians turned out for a march and vigil to remember the 10 people killed last Monday, when the driver of a rental van mounted the sidewalk of Canada’s most famous and longest road, Yonge Street, and plowed down more than two dozen pedestrians.Eight of those killed were women.

"Thousands March in Toronto After Van Attack" is from the April 29, 2018 World section of The New York Times. It was written by Catherine Porter and narrated by Keith Sellon-Wright.