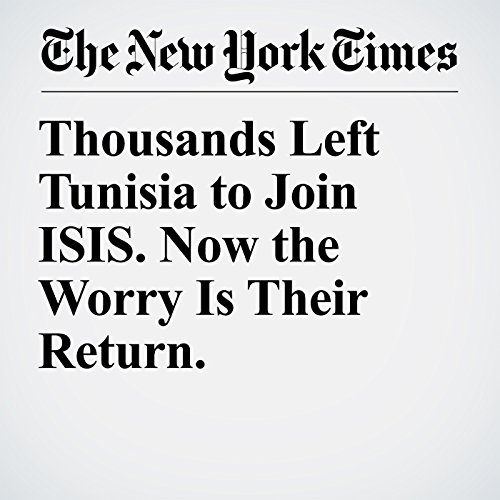 Tunisia has sent more fighters abroad to join the ranks of the Islamic State than any other country. And now, as the Islamic State takes a battering on the battlefields of Syria and Iraq, the country is at odds over what to do if and when they come home.

"Thousands Left Tunisia to Join ISIS. Now the Worry Is Their Return." is from the February 25, 2017 World section of The New York Times. It was written by Carlotta Gall and narrated by Paul Ryden.