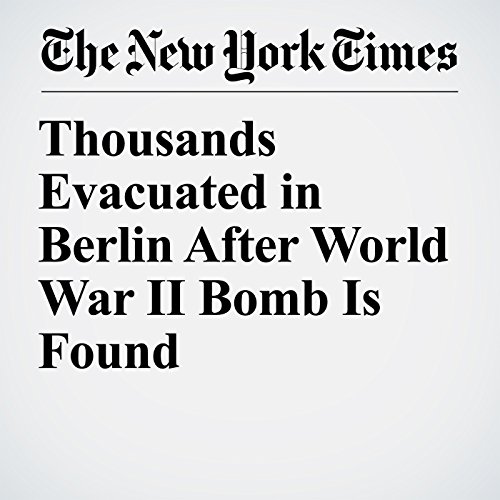 BERLIN — German police officers and firefighters went door to door Friday in a 1-mile area of downtown Berlin, telling workers and residents that they had to get out.A 1,100-pound World War II-era bomb was found last Saturday, and it was time to remove it.

"Thousands Evacuated in Berlin After World War II Bomb Is Found" is from the April 20, 2018 World section of The New York Times. It was written by Christopher F. Schuetze and narrated by Barbara Benjamin-Creel.