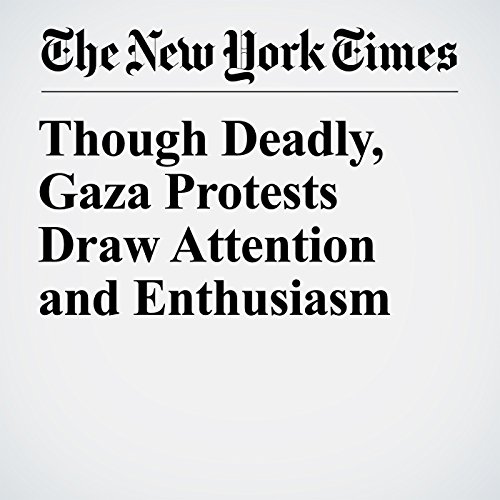 JERUSALEM — The “Friday of Tires” protest ended with another nine Palestinians killed along the fence hemming in Gaza despite a smoke screen of burning rubber and a second round of international criticism over Israel’s use of lethal force.

"Though Deadly, Gaza Protests Draw Attention and Enthusiasm" is from the April 07, 2018 World section of The New York Times. It was written by David M. Halbfinger and narrated by Keith Sellon-Wright.