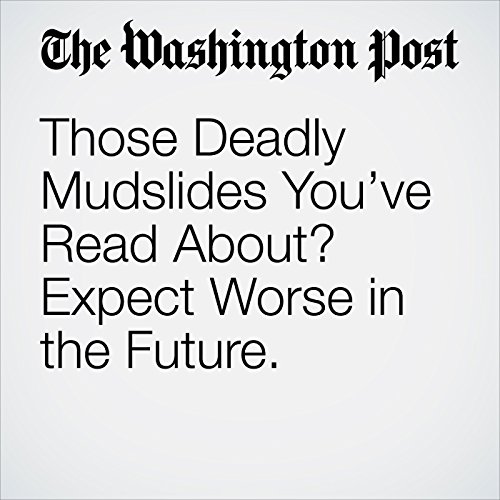 Several weeks after wildfires blackened nearly 500 square miles in Southern California, a large winter storm rolled in from the Pacific. In most places the rainfall was welcomed and did not cause any major flooding from burned or unburned hill slopes.

"Those Deadly Mudslides You’ve Read About? Expect Worse in the Future." is from the January 20, 2018 National section of The Washington Post. It was written by Lee MacDonald and narrated by Sam Scholl.