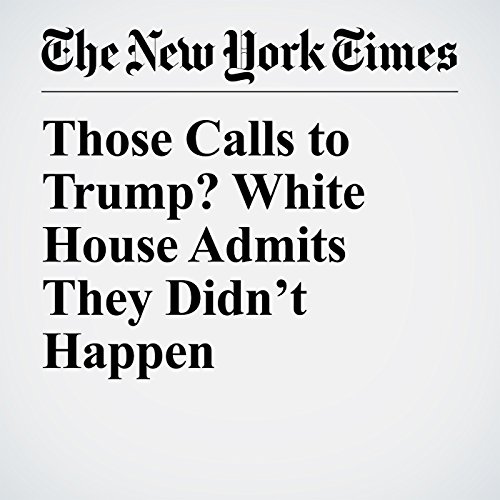 Those Calls to Trump? White House Admits They Didn’t Happen

Has President Donald Trump told you about the time the head of the Boy Scouts called to say his was the best speech ever delivered to the more than century-old organization? What about when the president of Mexico picked up the telephone to let him know that his tough enforcement efforts at the border were paying off handsomely?

"Those Calls to Trump? White House Admits They Didn’t Happen" is from the August 02, 2017 U.S. section of The New York Times. It was written by Julie Hirschfeld Davis and narrated by Keith Sellon-Wright.