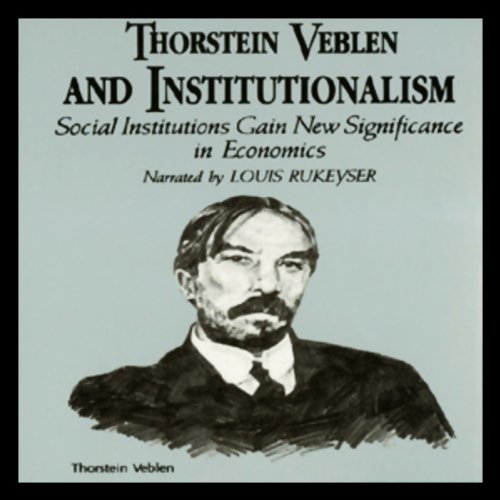 Institutionalism is an economic point of view that emphasizes the role of social organization and structure in modern economic life. Thorstein Veblen (1857-1929), an American son of Norwegian immigrants, was instrumental in creating this school of thought in the early twentieth century, and he vigorously attacked what he regarded as the privileged "leisure class" in America.

What would have made Thorstein Veblen and Institutionalism better?

The script is terrible, and made worse by the goofy narration. Every time Veblen is quoted the narrator assumes a bad Norwegian accent.

What was most disappointing about Dr. William Peterson’s story?

This book is about Peterson's dislike of Veblen; it is not about Veblen's ideas. It is not a critical analysis, but a character assassination.

Well-researched, delivery is solid, a few genuinely funny quips, good insight into what to read next.