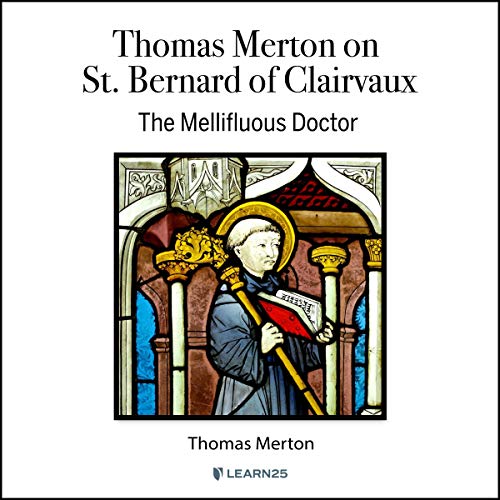 Recorded in 1964 at his monastery, Thomas Merton gave these lectures to novice Cistercians. Today, you are invited into Merton’s classroom for an intimate discussion about one of Christianity’s most influential figures.

Saint Bernard of Clairvaux, O. Cist. (1090 - 1153) is one of the most important figures in the history of Christianity: a founder, reformer, and Doctor of the Church. Now, you can take Thomas Merton, renowned mystic and follower of St. Bernard, as your guide for exploring the life and theology of St. Bernard. St. Bernard’s impact on Christianity is wide-reaching: He was the patron saint of the Knights Templar, and he influenced such figures as Hildegard of Bingen.

In these talks, Merton explores St. Bernard’s conversion story, his letters, and the power of the ascetic life - both in his time and in ours. Those looking to expand their knowledge of the history of Christianity will find this course fascinating.

This set includes an afterword by Dr. James Finley, one of Merton’s former students at Gethsemani.

Note: These lectures were recorded live in the open-air classrooms of Gethsemani where Merton gave instruction. One of the recordings contains some distortion from the wind.

Merton has been recommended to me numerous times and I wish I would have read him before listening to him. I found his humor unsophisticated and unnecessary and this was distracting. Too bad it cannot be returned.

Merton discusses with his students several aspects of St. Bernard’s life. The content is very interesting, particularly Merton’s interpretations of St. Bernard’s conversion experience, and some of his letters. Throughout, Merton’s sense of humor comes alive.