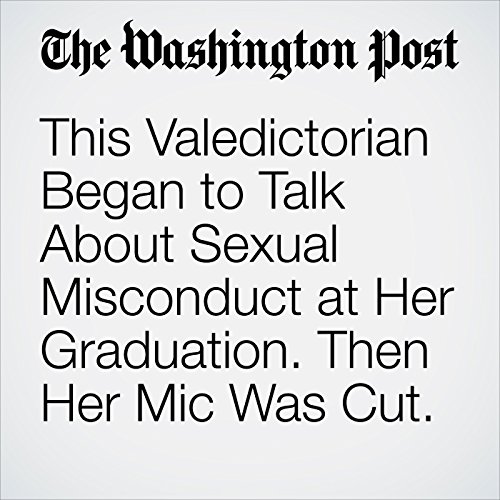 Lulabel Seitz had done everything right, at least on paper. As a high school senior with a GPA over 4.0, the 17-year-old had been accepted to Stanford University, one of the most prestigious colleges on the West Coast. The first in her family to graduate from high school, she was named valedictorian at Petaluma High School in Northern California, an honor that was joined by an opportunity for her to give a commencement speech.

"This Valedictorian Began to Talk About Sexual Misconduct at Her Graduation. Then Her Mic Was Cut." is from the June 09, 2018 National section of The Washington Post. It was written by Eli Rosenberg and narrated by Sam Scholl.

Cosa pensano gli ascoltatori di This Valedictorian Began to Talk About Sexual Misconduct at Her Graduation. Then Her Mic Was Cut.