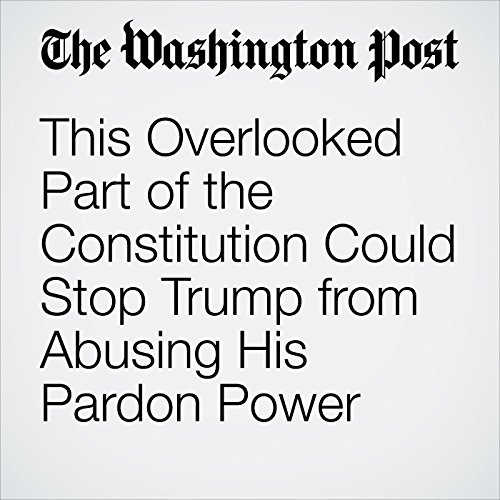 If President Trump is counting on his pardon power as a way of eluding special counsel Robert S. Mueller III, he is mistaken. He is ignoring a core part of the Constitution that most of us have overlooked, too. Most people assume that the president wields absolute authority to pardon others and potentially even himself. However, the Constitution, correctly understood, imposes limits on a president’s ability to grant pardons if they are issued for the purpose of self-protection.

"This Overlooked Part of the Constitution Could Stop Trump from Abusing His Pardon Power" is from the March 14, 2018 Opinion section of The Washington Post. It was written by Jed Shugerman, Ethan J. Leib and narrated by Sam Scholl.