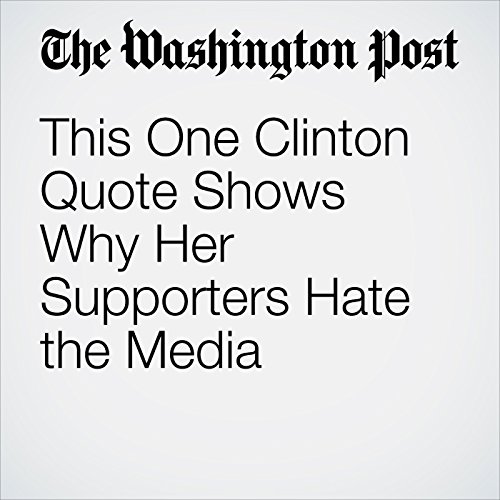 It was hardly the headline from Hillary Clinton's interview with Christiane Amanpour — it came near the end of a 35-minute session — but one comment from the 2016 Democratic nominee perfectly illustrated why liberals remain furious at how the campaign was covered.

"This One Clinton Quote Shows Why Her Supporters Hate the Media" is from the May 02, 2017 Politics section of The Washington Post. It was written by David Weigel and narrated by Sam Scholl.