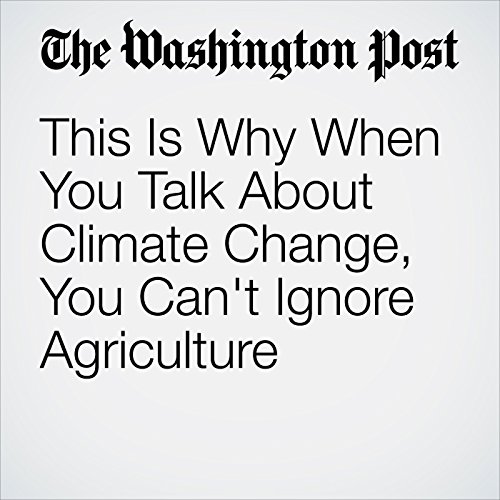 This Is Why When You Talk About Climate Change, You Can't Ignore Agriculture

In a paper published this week in Proceedings of the National Academy of Sciences, researchers found that land use changes associated with planting crops and grazing livestock have caused a loss of 133 billion tons of carbon from soil worldwide over the last 12,000 years, amounting to about 13 years of global emissions at their current levels. And at least half of those losses have probably occurred in the last few centuries.

"This Is Why When You Talk About Climate Change, You Can't Ignore Agriculture" is from the August 23, 2017 Energy and Environment section of The Washington Post. It was written by Chelsea Harvey and narrated by Sam Scholl.