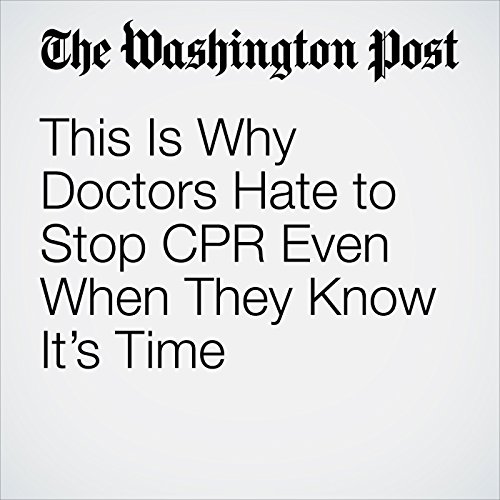 The process of CPR is almost as disheartening as its bleak outcomes. Code Blues are inevitably gruesome. You’re supposed to push hard and fast during chest compressions. According to the American Heart Association, broken ribs are to be expected. Bleeding is also common, and breathing tubes are often forced into the patient’s airway. Because of this trauma, we don’t routinely allow families to watch CPR attempts of their loved ones.

"This Is Why Doctors Hate to Stop CPR Even When They Know It’s Time" is from the February 24, 2017 Health & Science section of The Washington Post. It was written by Ravi Parikh and narrated by Jenny Hoops.