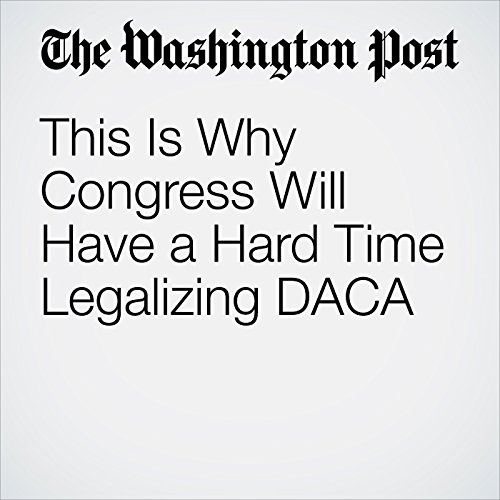 The Trump administration on Tuesday ordered a winding down of the Obama-era Deferred Action for Childhood Arrivals (DACA) program, which protects from deportation young undocumented immigrants who were brought to the United States by their parents. Providing no legislative road map, Trump called on Congress to “legalize” DACA before he phases out the program next March. Trump’s move puts at risk of deportation some 800,000 “dreamers” who received temporary work permits and other benefits through DACA.

"This Is Why Congress Will Have a Hard Time Legalizing DACA" is from the September 07, 2017 Monkey Cage section of The Washington Post. It was written by Sarah Binder and narrated by Sam Scholl.