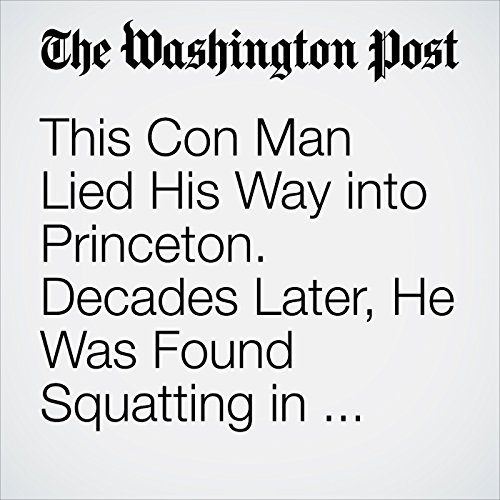 And it was not to be his last appearance in the Ivy League realm. In 1992, he turned up as a guard in one of Harvard’s museums, and was arrested after just a few months on the job, charged with grand larceny for stealing gemstones worth $50,000.

"This Con Man Lied His Way into Princeton. Decades Later, He Was Found Squatting in Mountain Shack." is from the February 10, 2017 True Crime section of The Washington Post. It was written by Samantha Schmidt and narrated by Sam Scholl.