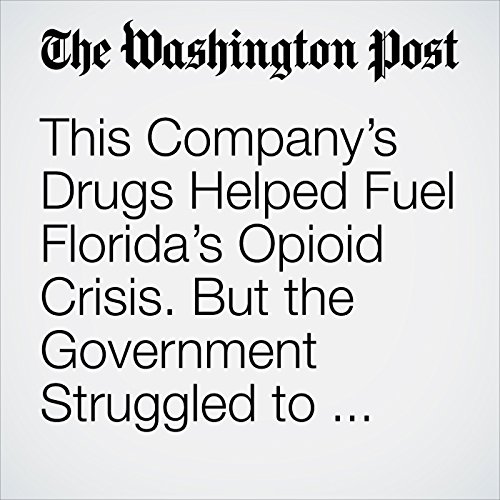 Sixty-six percent of all oxycodone sold in Florida came from this company. But the DEA’s case against it faltered.

"This Company’s Drugs Helped Fuel Florida’s Opioid Crisis. But the Government Struggled to Hold It Accountable." is from the April 02, 2017 National section of The Washington Post. It was written by Lenny Bernstein and Scott Higham and narrated by Jenny Hoops.