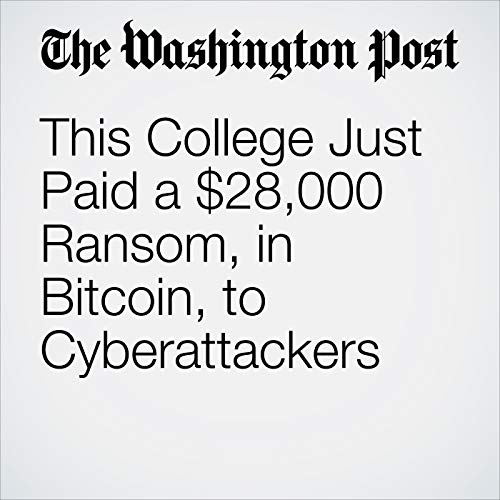 The missive advised the college that its electronic files had been encrypted and that the files could only be unlocked with a “private key.” The attackers would supply the key after receiving payment in the valuable digital currency known as bitcoin, which can be used anonymously without a centralized bank.

"This College Just Paid a $28,000 Ransom, in Bitcoin, to Cyberattackers" is from the January 13, 2017 Tech section of The Washington Post. It was written by Nick Anderson and narrated by Sam Scholl.