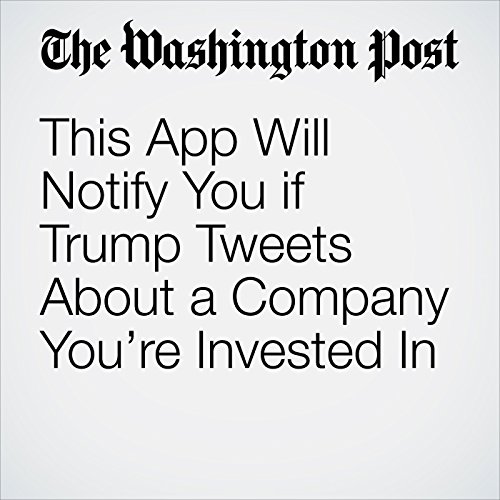 Now there's an app that will send a phone notification to users if Trump tweets about any companies where they own stock. The feature was created by Trigger Finance, an app that notifies, or "triggers," users about changes in market indicators, Business Insider reported. Since the launch of the feature Wednesday, it's become the most popular trigger on the app, according to the company.

"This App Will Notify You if Trump Tweets About a Company You’re Invested In" is from the January 07, 2017 Tech section of The Washington Post. It was written by Karen Turner and narrated by Sam Scholl.