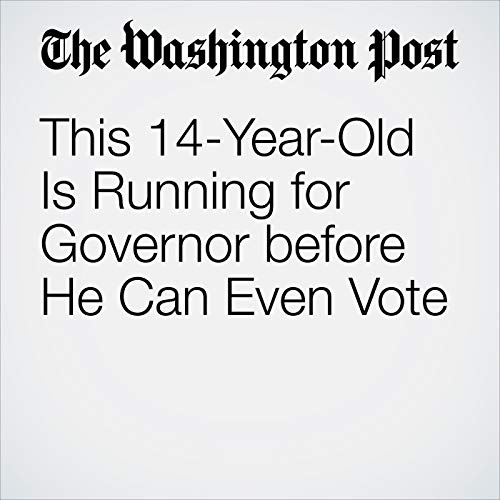 In less than 24 hours, Ethan Sonneborn, a Democratic candidate for governor of Vermont, was set to face off against four opponents at a televised forum. He needed to stand out against a crowded primary field and make enough of an impact to overcome his low name recognition. So his opening statement was crucial.

"This 14-Year-Old Is Running for Governor before He Can Even Vote" is from the August 09, 2018 PowerPost section of The Washington Post. It was written by Kayla Epstein and narrated by Sam Scholl.