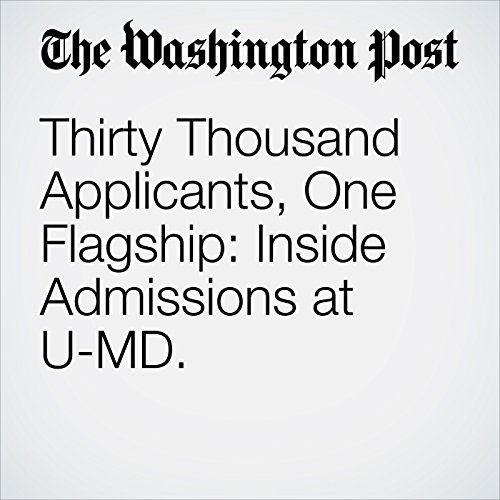 Thirty Thousand Applicants, One Flagship: Inside Admissions at U-MD.

Like an attorney arguing a case, Adrian Rodriguez pitched the applicant to fellow admissions officers seated this month as an internal court of gatekeepers for the University of Maryland. Debate on the 18-member committee lasted 22 minutes until Nixon called for a vote. Only Rodriguez raised his hand for fall admission to College Park.

"Thirty Thousand Applicants, One Flagship: Inside Admissions at U-MD." is from the December 26, 2017 National section of The Washington Post. It was written by Nick Anderson and narrated by Sam Scholl.