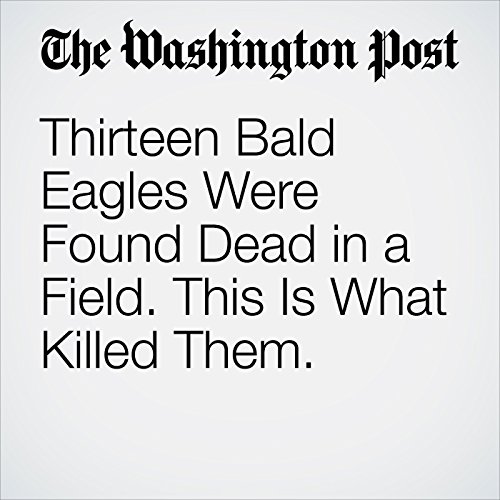 The 13 bald eagles were found lifeless on a Maryland farm more than two years ago, many with wings splayed, bodies intact, and talons clenched. Several were too young to have their species’ distinctive white heads. And at least six, according to a federal lab report, had ingested a highly toxic pesticide that essentially has been banned from the U.S. market, in part because it is lethal to birds.

"Thirteen Bald Eagles Were Found Dead in a Field. This Is What Killed Them." is from the June 20, 2018 National section of The Washington Post. It was written by Karin Brulliard and Dana Hedgpeth and narrated by Sam Scholl.

Cosa pensano gli ascoltatori di Thirteen Bald Eagles Were Found Dead in a Field. This Is What Killed Them.