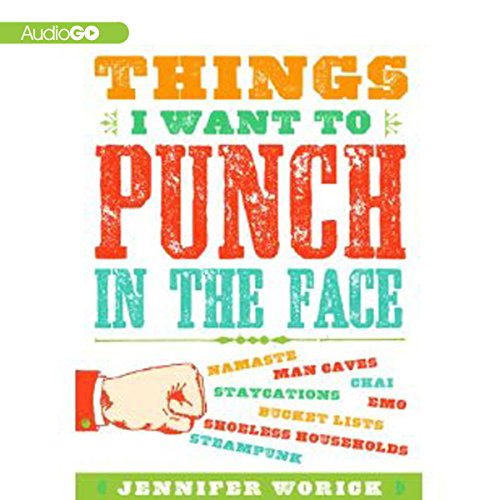 Things I Want to Punch in the Face

Jennifer Worick had a bad day. And then a bad week. She channeled her aggravation into creating the blog “Things I Want to Punch in the Face,” which became a sensation. Although her bad week passed, she has continued to take note of the little irritations that torment us all daily, from old guys with ponytails to 20-minute coffee prep, bizspeak to vanity plates, celebrity baby names to emoticons.

Now, just in time for the holiday season, this book showcases more than 100 of Worick’s most punch-worthy aggravations, rated on a scale of 1 to 5 fists. She rants, she vents, she amuses with little factoids about the things that annoy the crap out of us. In short, she has created a hilarious gift book that has something for everyone to hate, from the last swig of beer, to mashups, to Ed Hardy clothing, to packing tape.