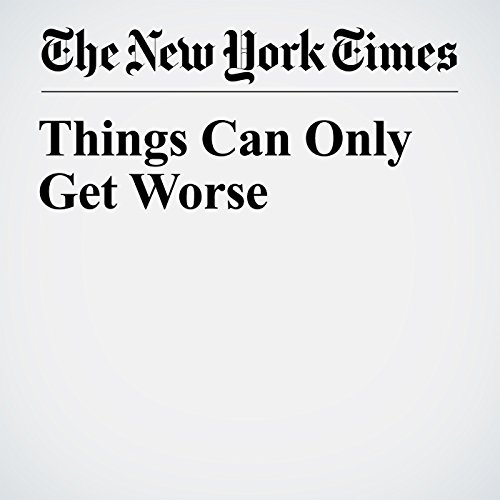 If America had a parliamentary system, Donald Trump — who spent his first full day in office having a temper tantrum, railing against accurate reports of small crowds at his inauguration — would already be facing a vote of no confidence. But we don’t; somehow we’re going to have to survive four years of this.

"Things Can Only Get Worse" is from the January 22, 2017 Opinion section of The New York Times. It was written by Paul Krugman and narrated by Kristi Burns.

Cosa pensano gli ascoltatori di Things Can Only Get Worse