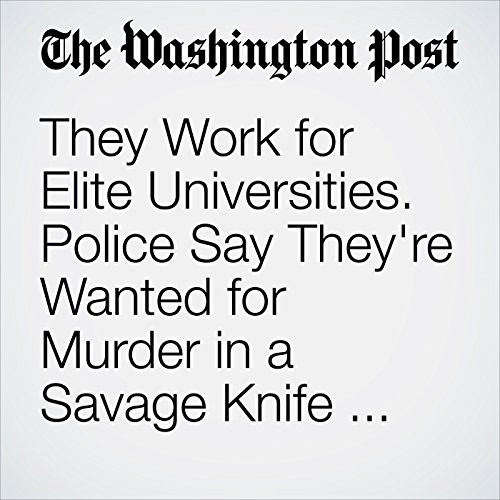 Authorities in Chicago think they are close to capturing two men, one a prominent medical scholar from Northwestern University and the other a British payroll clerk employed by Oxford, who are accused of savagely killing a hairstylist last week before fleeing the city.

"They Work for Elite Universities. Police Say They're Wanted for Murder in a Savage Knife Attack." is from the August 04, 2017 Morning Mix section of The Washington Post. It was written by  Andrew deGrandpre and narrated by Jenny Hoops.