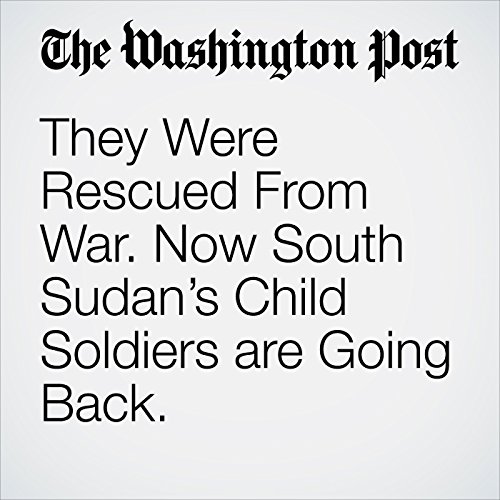 They had once been members of the same militia, a brigade of children with AK-47s. Now, Babacho Mama stood alone, sweating through his white T-shirt, a boy plucked from one of the world’s most brutal wars but not so sure he’d been saved. “Maybe I need to go back,” he said. “It’s better to die in combat than in hunger.”

"They Were Rescued From War. Now South Sudan’s Child Soldiers are Going Back." is from the November 10, 2017 World section of The Washington Post. It was written by Kevin Sieff and narrated by Jenny Hoops.