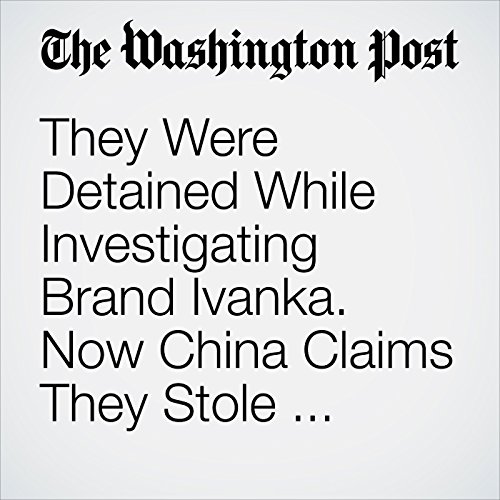 Two days after the State Department called for the release of three activists detained while investigating working conditions at factories that make shoes for Ivanka Trump, Chinese authorities appear not to be backing off the case.

"They Were Detained While Investigating Brand Ivanka. Now China Claims They Stole Commercial Secrets." is from the June 07, 2017 World section of The Washington Post. It was written by Emily Rauhala and narrated by Sam Scholl.