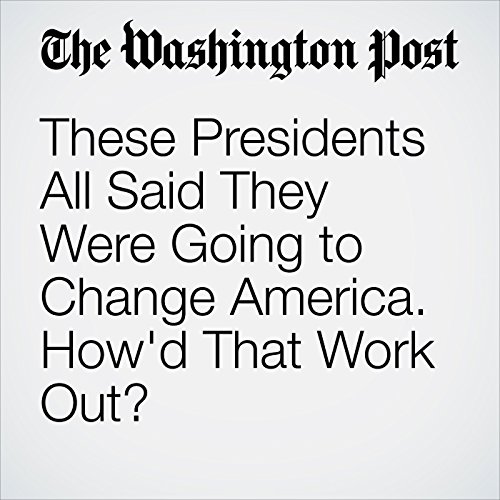 He had been echoing Jefferson promiscuously for days. Jefferson had won the first “change election” in American history, in 1800 — federalists out, “republicans” in — and now Clinton had ended 12 years of Republican occupation of the White House. He had journeyed to Washington from Monticello, recreating Jefferson’s trip 191 years earlier, this time in a bus with a license plate reading “Hope 1.”

"These Presidents All Said They Were Going to Change America. How'd That Work Out?" is from the January 18, 2017 National section of The Washington Post. It was written by Joel Achenbach and narrated by Jenny Hoops.

Cosa pensano gli ascoltatori di These Presidents All Said They Were Going to Change America. How'd That Work Out?