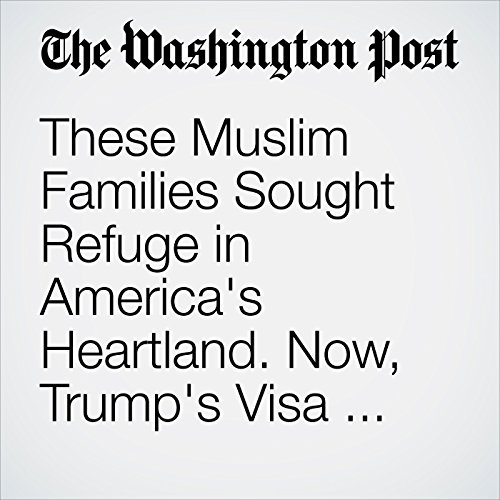 It took half an hour to get through to Ankara, Turkey, where they had left their pregnant daughter, Enas, and her husband three months ago. Back then, it seemed only a matter of time before the young couple would join the Badats and their three younger children in Bloomfield Township in the Detroit suburbs, where they had gained entry as Syrian refugees. Then President Trump issued his visa ban. Overnight, their world shifted.

"These Muslim Families Sought Refuge in America's Heartland. Now, Trump's Visa Ban Is Tearing Them Apart." is from the January 29, 2017 National section of The Washington Post. It was written by Steve Friess and William Wan  and narrated by Jenny Hoops.