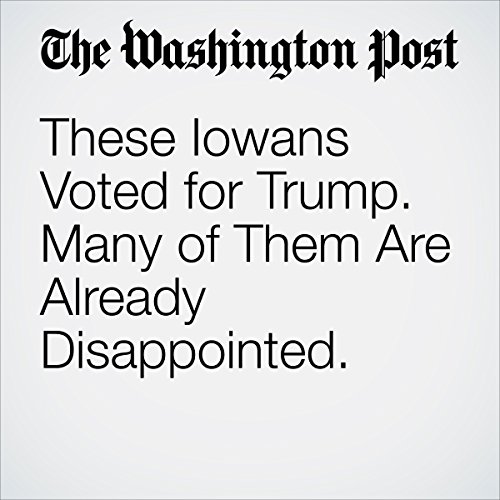 Of the six swing states that were key to Trump’s unexpected win in November, his margin of victory was the highest in Iowa, where he beat Clinton by 9 percentage points. Yet at the dawn of his presidency, only 42 percent of Iowans approve of the job that he’s doing and 49 percent disapprove, according to a Des Moines Register/Mediacom Iowa Poll this month.

"These Iowans Voted for Trump. Many of Them Are Already Disappointed." is from the February 26, 2017 National section of The Washington Post. It was written by Jenna Johnson and narrated by Jenny Hoops.

Cosa pensano gli ascoltatori di These Iowans Voted for Trump. Many of Them Are Already Disappointed.