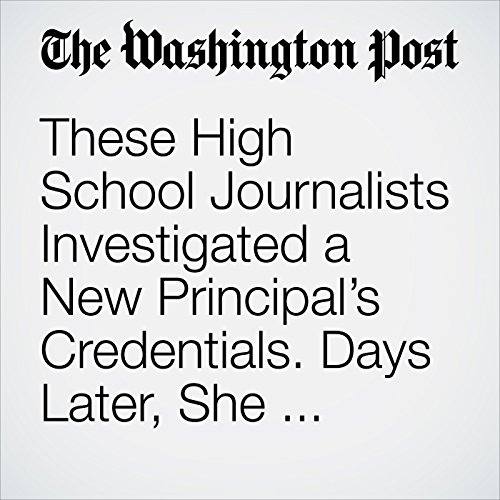 The resignation thrust the student newspaper staff into local, state and national news, with professional journalists nationwide applauding the students for asking tough questions and prompting change in their administration.

"These High School Journalists Investigated a New Principal’s Credentials. Days Later, She Resigned." is from the April 05, 2017 National section of The Washington Post. It was written by Samantha Schmidt and narrated by Jenny Hoops.