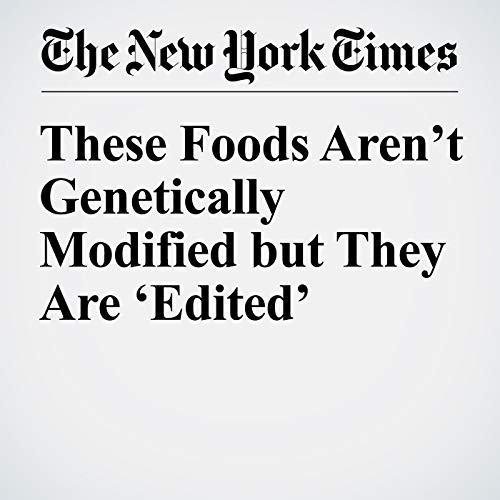 In a few years, you could be eating the next generation of genetically altered foods — potatoes that do not turn brown or soybeans with a healthier mix of fatty acids.

And you may have no idea that something is different, because there may be no mention on the labeling even after a law passed by Congress last year to disclose genetically modified ingredients takes effect.

"These Foods Aren’t Genetically Modified but They Are ‘Edited’" is from the January 09, 2017 Science section of The New York Times. It was written by Kenneth Chang and narrated by Caroline Miller.