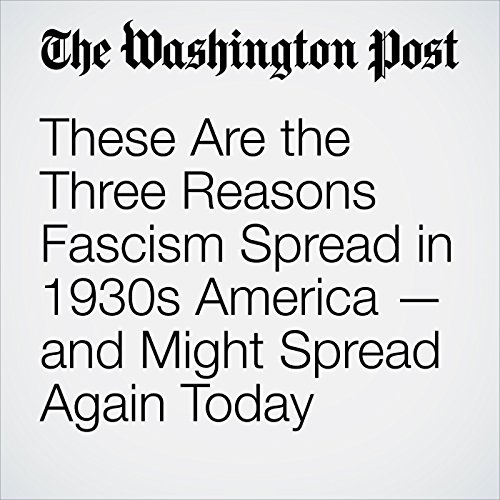 The violent white nationalist rally in Virginia has reawakened simmering fears of American fascism. But the roots of these feelings — and the militant organizations that promoted them — did not begin with the election of President Trump. The last time fascism was brazenly embraced was in the 1930s. The lessons of that crucial decade bear increasing relevance for modern American life. The three big factors that drove the spread of American fascism at that time are still relevant for America today.

"These Are the Three Reasons Fascism Spread in 1930s America — and Might Spread Again Today" is from the August 12, 2017 Monkey Cage section of The Washington Post. It was written by Seva Gunitsky and narrated by Sam Scholl.