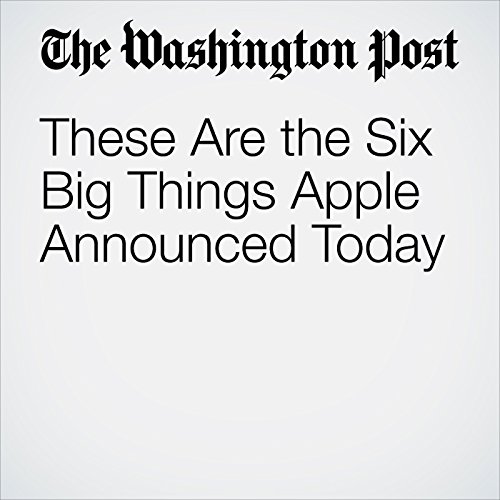 Chief executive Tim Cook said that Apple had six big announcements Monday at its annual developers conference. Cook promised updates to each of Apple's operating systems — for the Apple TV, the Apple Watch, mobile devices and computers — plus some additional announcements that he promises will be “major.”

"These Are the Six Big Things Apple Announced Today" is from the June 05, 2017 The Switch section of The Washington Post. It was written by Hayley Tsukayama and narrated by Sam Scholl.