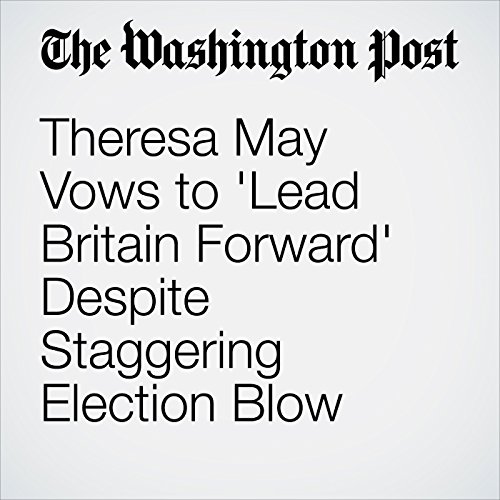 British Prime Minister Theresa May vowed Friday to remain in power and push ahead with difficult talks on Britain’s exit from the European Union despite a stunning election blow that left her Conservative Party grievously weakened and the country in a political tailspin.

"Theresa May Vows to 'Lead Britain Forward' Despite Staggering Election Blow" is from the June 09, 2017 World section of The Washington Post. It was written by Griff Witte, Karla Adam and William Booth  and narrated by Jenny Hoops.