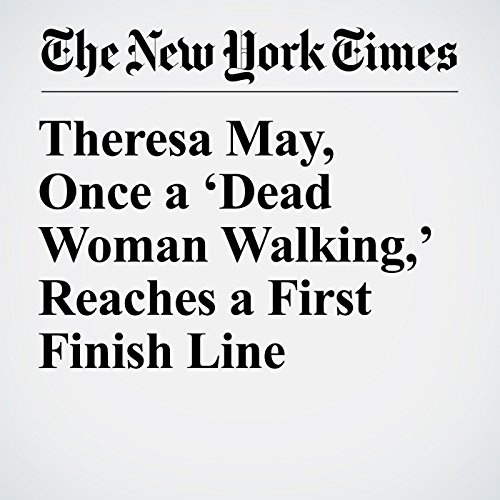 Last week, for the first time in six months, Prime Minister Theresa May enjoyed a few hours of sweet vindication in her efforts to allow the United Kingdom to leave the European Union. She had passed the night in white-knuckled negotiation, and by sunrise was able to announce the beginning of talks that would lay out a path to a controlled departure.

"Theresa May, Once a ‘Dead Woman Walking,’ Reaches a First Finish Line" is from the December 14, 2017 World section of The New York Times. It was written by Ellen Barry and narrated by Kristi Burns.