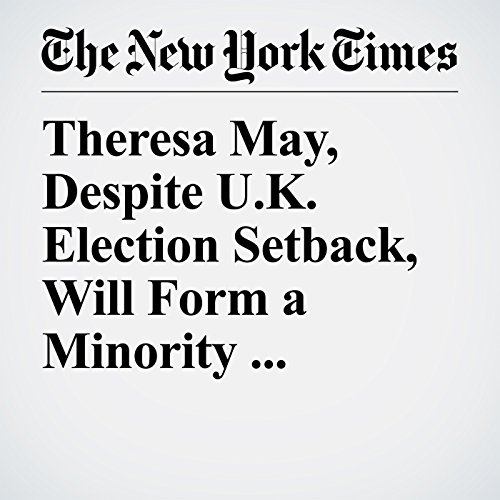 Prime Minister Theresa May of Britain, smarting from a humbling snap-election defeat that cost her Conservative Party its governing majority, said Friday that her party would stay in power by forming a minority government with the Democratic Unionist Party of Northern Ireland.

"Theresa May, Despite U.K. Election Setback, Will Form a Minority Government" is from the June 09, 2017 World section of The New York Times. It was written by Stephen Castle and Steven Erlanger and narrated by Mike DelGaudio.