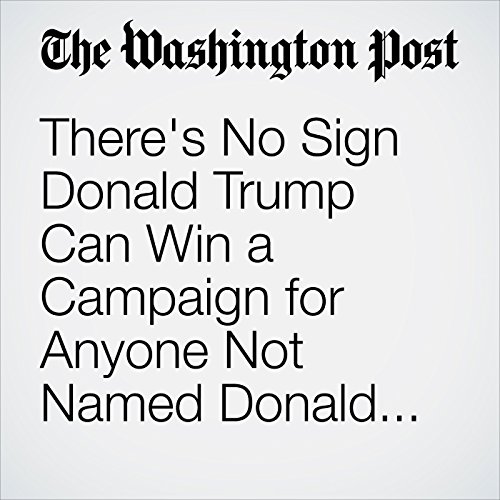 From the very first day of the very first voting in the 2016 primary process, it was apparent that Donald Trump’s political success would depend far more on his ability to rile up supporters than on traditional political tools.

"There's No Sign Donald Trump Can Win a Campaign for Anyone Not Named Donald Trump" is from the April 18, 2017 World section of The Washington Post. It was written by Philip Bump and narrated by Sam Scholl.