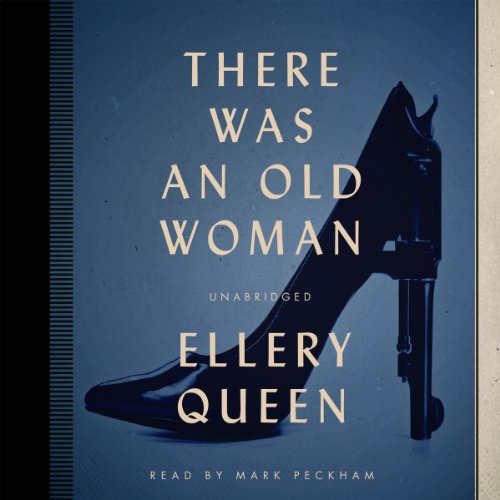 Once upon an evil time, there was a wicked old woman with a mammoth shoe company worth many millions of dollars, a henpecked husband, and six miserable children. Then one day death came visiting the vast Potts mansion - and began claiming its inhabitants one by one. It was then that Ellery Queen was invited to sup on this nightmare brew of diabolical murder and baffling mystery - in a case that made the most horrific crimes in his entire career seem like fairy tales. As he endeavors to solve the case, he tries to make sense of this family that defies rationality.

Cosa pensano gli ascoltatori di There Was an Old Woman

An adventure of Ellery in Queenland

Queen likes to have odd, quirky characters in his books, and this one provides them in droves. Half of the Potts clan are eccentric, borderline lunatics. Half are level-headed, sane types. And it seems someone is killing off the sane ones. A good tale, although you have to swallow some unlikely events (would they really have let Cornelia Potts get off with just a slap on the wrist after nearly murdering Sgt. Velie?) And the "introduction" of Nikki Porter at the end seemed strange and tacked on for no good reason.

Loved the story, so many plausible ways to end the mystery! I had the wrong one in mind - but I think it could have worked. They did think of it, but discarded.