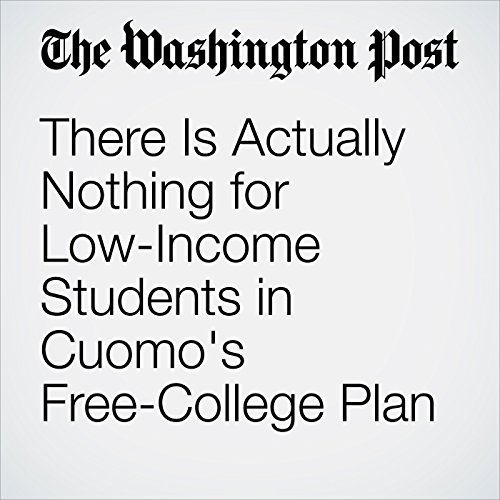 New York Gov. Andrew Cuomo appeared to jump on the progressive bandwagon when he announced a free-college plan yesterday. But buried in the fine print of the $163 million plan are significant benefits to upper-middle-income families — those making up to $125,000 per year — while the plan does nothing for low-income students, for whom existing grant aid already covers tuition.

"There Is Actually Nothing for Low-Income Students in Cuomo's Free-College Plan" is from the January 04, 2016 Opinion section of The Washington Post. It was written by Matthew M. Chingos and narrated by Jenny Hoops.