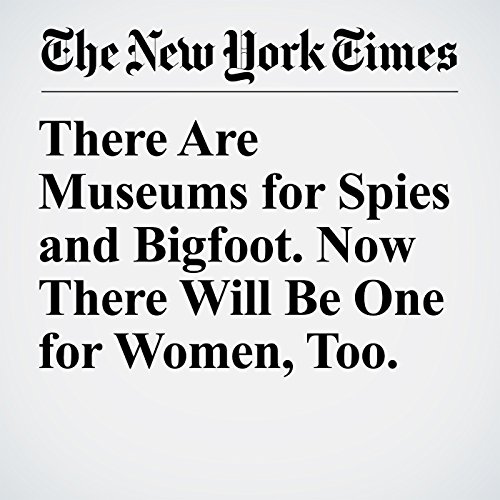 In America, there are museums devoted to spies, to roller skating and to Bigfoot, and yet stories of half the population are told mostly around the margins of narratives focused on something else. While there are museums devoted to specific themes in women’s history, like the National Museum of Women in the Arts in Washington and the National Women’s Hall of Fame in Seneca Falls, New York, the New-York Historical Society says it will fill a crucial void by examining women’s history writ large.

"There Are Museums for Spies and Bigfoot. Now There Will Be One for Women, Too." is from the March 16, 2017 Arts section of The New York Times. It was written by Elizabeth A. Harris and narrated by Fleet Cooper.

Cosa pensano gli ascoltatori di There Are Museums for Spies and Bigfoot. Now There Will Be One for Women, Too.