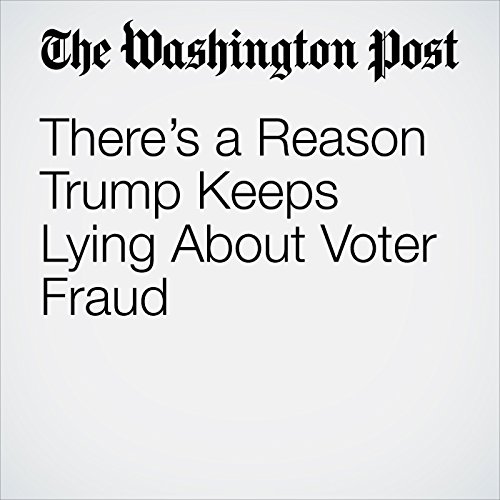 By deliberately undermining confidence in the integrity of our democracy, the president can make it quite a bit easier for his party to push legislation making it harder for certain eligible voters to vote. Curtailing voting rights by dishonestly inventing widespread fraud has been a major part of the Republican Party’s political strategy for a while. Now that plan is getting a major boost from a president who has no problem just making stuff up.

"There’s a Reason Trump Keeps Lying About Voter Fraud" is from the January 27, 2017 Opinion section of The Washington Post. It was written by Jason Kander and narrated by Jill Melancon.