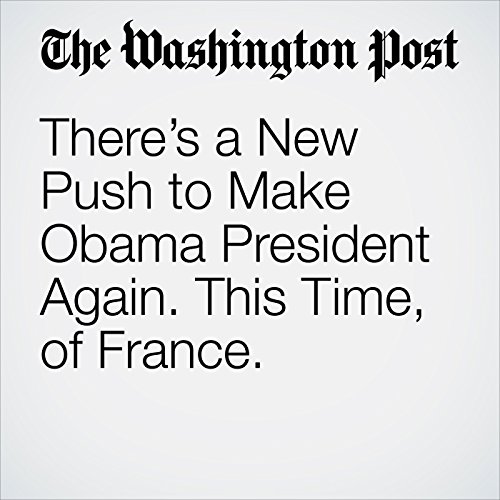 In the face of all this, some French voters are apparently hoping another candidate could come in and clean up the mess. The problem, however, is that their proposed president isn't actually French.

"There’s a New Push to Make Obama President Again. This Time, of France." is from the February 24, 2017 World section of The Washington Post. It was written by Adam Taylor and narrated by Jill Melancon.