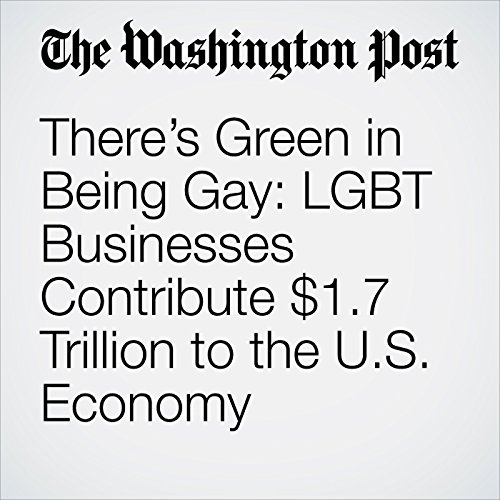 The National Gay & Lesbian Chamber of Commerce (NGLCC), a trade group that represents businesses owned by lesbian, gay, bisexual and transgenders, reported this week that the typical LGBT business has been in business, on average, for more than 12 years and that LGBT businesses contribute more than $1.7 billion to the U.S. economy and have created more than 33,000 jobs.

"There’s Green in Being Gay: LGBT Businesses Contribute $1.7 Trillion to the U.S. Economy" is from the January 23, 2017 Business section of The Washington Post. It was written by Gene Marks and narrated by Sam Scholl.