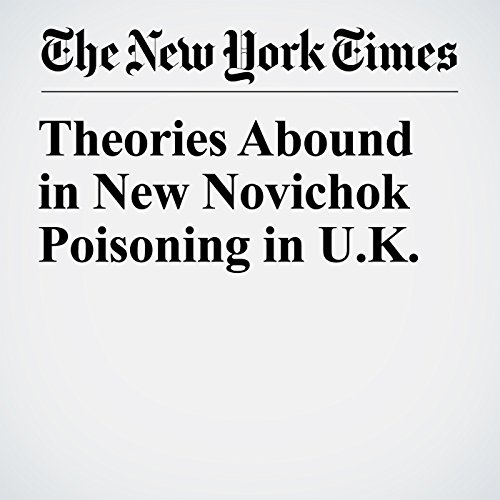 LONDON — As the British government scrambled to explain a second nerve-agent poisoning of two people in southwestern England, experts on Thursday were weighing a range of theories about how this could have happened again.

"Theories Abound in New Novichok Poisoning in U.K." is from the July 05, 2018 World section of The New York Times. It was written by Richard Pérez Peña and Ellen Barry and narrated by Barbara Benjamin-Creel.