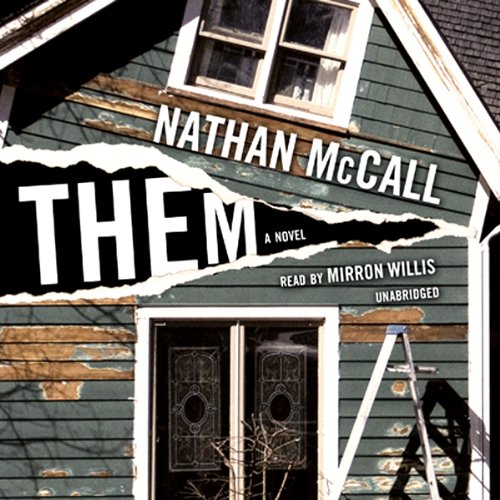 Barlowe, a single African-American in his 40s, shares a ramshackle house with his 20-something nephew in the old Fourth Ward of downtown Atlanta, a neighborhood known as the center of the civil-rights movement and the former home of Martin Luther King, Jr. Barlowe works as a printer and passes the time reading books from the neighborhood library and hanging out with other local black men at the corner store.

When Sean and Sandy, a white married couple from Philadelphia, buy and renovate the house next door in anticipation of a neighborhood "turnaround", everyone tries at first to go about their daily business. But fear and suspicion begin to build as more and more new whites move in and make changes, and once familiar people and places disappear.

"[A] trenchant, slyly humorous debut novel....Masterfully orchestrated and deeply disturbing illustrations of the depth of the racial divide play out....McCall nails [the] details again and again, and the results, if less than hopeful, are poignant and grimly funny." ( Publishers Weekly)

A look at Race Issues

It is not often that both sides of racial issues are seen so clearly as in this book. I want all my white friends to read it so that we can consider and discuss key attitudes , emotions and loyalties. My feeling is that it was an honest attempt on the part of the author. The characters are credible, I've said so many of the same things myself. Please write more Nathan, and please make more of this available on Audible!

I really liked this book. The story line was good and I felt that Nathan McCall presented both sides of this story in a balanced fair minded way. So realistic, because this is happening right now in my neighborhood. This story kept my attention and entertained me, It was Easy Listening.

Narrator was great I loved Make Me Wanna Hollar. Nathan McCall did it again. Very thought provoking and too the point

I have always been a fan of the author and this book doesn't disappoint.

I bought the audiobook version years ago & was intrigued & entertained as I listened with joy, understanding, and applause. Now over 10 years later I would like to pat Nathan McCall on the back while shaking his hand for creating a novel which addresses issues among different races & how misinterpretations can brew when dialogue is mishandled or cultures misunderstood. It starts off with the main character’s, Barlowe, issue with THE FLAG, then progresses to other issues in today's current events: police serving the privilege, making unnecessary arrest with the mentally challenged, gentrification, and Race relation clashes on the social status. There are also issues within the Black community & the characters’ personal demons. I absolutely Love this book. Great narration by Mirron Willis too. He really does an outstanding job of bringing McCall’s novel to Life. This book has not been given the recognition it truly deserves. Hopefully reaching for this BOOK among those wanting to understand will bring it more to LIGHT.

Good book
Reminds me of a modern Earnest Gaines novel
I really enjoyed the narration!

the plot and narration were great. i want more books from Nathan McCall on audible

Thought this was a great story line. Gentrification is occurring In major cities across the country and this fictional tale captures the experience from the perspective of both sides. The narration was good but not great. Hard to get the voices of multiple characters all right. I would recommend this book. Nathan McAll is a good storyteller. Glad to know he’s still doing work. Had not read his books in many years.

I loved this book; I was entertained from the beginning to end. I would recommend this book to anyone. I will definitely download more from this author.