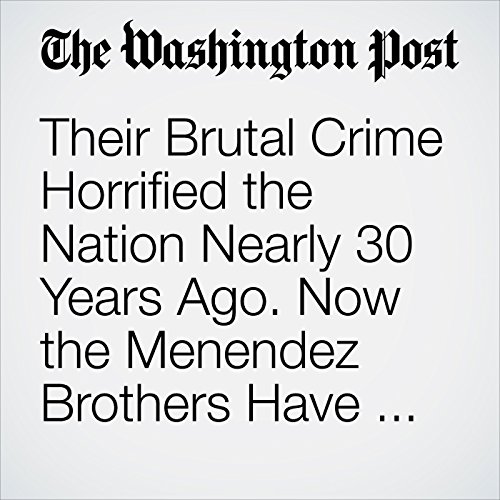 Not long after the two brothers had been arrested for gunning down their parents in their multimillion-dollar mansion in Beverly Hills, 21-year-old Lyle Menendez put pen to paper to tell his brother what was on his mind.

"Their Brutal Crime Horrified the Nation Nearly 30 Years Ago. Now the Menendez Brothers Have Been Reunited." is from the April 06, 2018 National section of The Washington Post. It was written by Lindsey Bever and narrated by Sam Scholl.