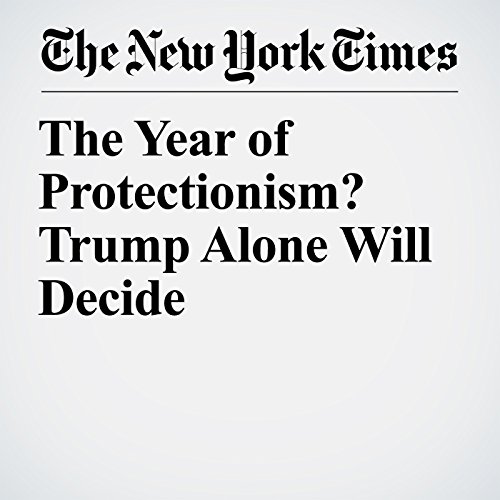 The Trump administration will soon face several major trade decisions that will determine whether the White House adopts the type of protectionist barriers that President Donald Trump campaigned on but that were largely absent during his first year in office.

"The Year of Protectionism? Trump Alone Will Decide" is from the January 03, 2018 Business section of The New York Times. It was written by Ana Swanson and narrated by Kristi Burns.