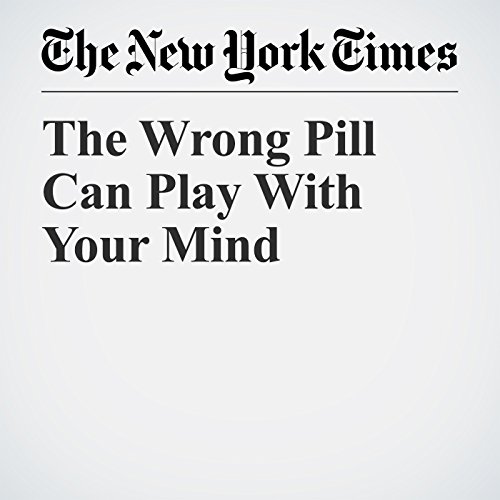 When I was 16, I was admitted to UCLA’s neuropsychiatric institute. I’d been suffering from increasing paranoia (I thought war was imminent; I thought I would be called into battle) and lack of sleep (I paced our staircase into the early hours of morning). Most profoundly, I thought my parents were actually secret agents, wearing masks, sent to monitor my behavior.

"The Wrong Pill Can Play With Your Mind" is from the September 30, 2017 Opinion section of The New York Times. It was written by Jaime Lowe and narrated by Keith Sellon-Wright.